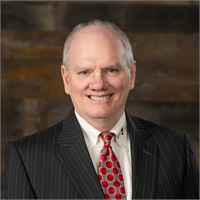 In August of 2017 Alan graduated from Kansas State University with a Master's Degree in Personal Financial Planning, an effort he had undertaken in order to better serve his clients. Raised by a father who was a KSU alumnus and former basketball player, he is now a full-fledged Wildcat.

Alan spent nearly two decades involved in politics. Highlights include serving three terms as Mayor of Salina and a campaign in 2010 for the Kansas' first district seat in the U.S. House of Representatives.

In his free time Alan enjoys playing the guitar, cycling, and is an avid snow skier. He also enjoyes celebrating the successes of his foster son, Luis, who lived with him from 2015-2019.

Check the background of this investment professional on FINRA's BrokerCheck.