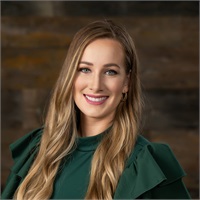 Ashley Howard joined United Capital Management of Kansas in December of 2016 as the Director of Marketing. Ashley directs all advertising, social media and event planning.

Ashley was born and raised in Mission, Kansas. She graduated from Bishop Miege High School in 2007. Ashley attended Newman University in Wichita, Kansas where she continued her volleyball career as a NCAA student athlete. In 2010 she graduated cum laude with a Bachelor of Science in Counseling, concentrating in children and adolescence. Ashley immediately received an opportunity to work for the United States House of Representatives as a constituent services representative in the Big First District of Kansas. She served as a liason for several federal agencies, assisting families going through the International adoption process, conducting outreach meetings, and attending various events on behalf of Congressman Tim Huelskamp.

Ashley is married to Jim Howard and together they have three children, Nora, Wyatt and Nash. They adopted their beautiful daughter, Nora, in 2015. She was born 1lb 4oz and in the NICU for 120 days.  Ashley is proud to be an advocate for adoption and early childhood development.