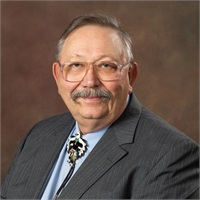 Fred Singer was born at Fitzsimons Army Hospital in Denver, CO on 2/8/1952. His father was a Chief Petty Officer in the U.S. Navy and his mother was a nurse.

When his dad retired from the Navy, his family returned to their home town, Abilene, KS.

Fred moved to Denver in 1978 and worked for two wholesale sporting goods firms as a territory manager for 5 years. After that, he moved back to Abilene to work for Central Bank Market Services, a captive insurance company under the umbrella of Security Benefit Life, where he was ranked in the top 10 agents for sales for over a decade.

Once he left Central Bank Market Services, Fred took over the family farm operation for the next 25 years and took on an interest in the precious metals markets in the early 1990s. More specifically, Fred is interested in gold and its macroeconomic implications in our monetary system and economy.

Fred’s association with Chad Koehn and UCM goes back to 2006 but was asked to officially join the UCM team in 2020.

Fred brings a vast knowledge of the precious metals market and the mining industry to UCM and aims to add to the future growth in this investment sector. Fred is always open to consultation to anyone who might have questions in the intriguing field of investment.